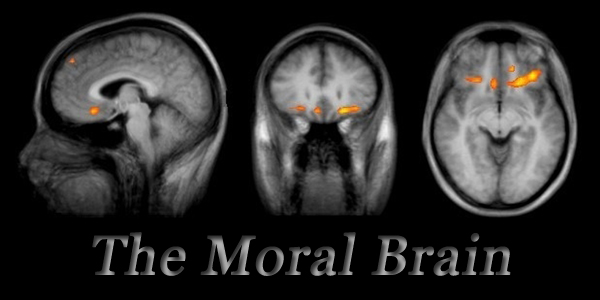 The importance of emotions in judgment making is apparent for moral scenarios where there is no clear reason or principle why a behavior is immoral. The only signifier is that it inspires a negative emotional response in the judge. While this idea may not have been articulated or researched previously, the occurrence of emotion-based moral judgments is quite common. People witness a variety of acts that inspire disgust or anger, yet no one can really say what is making them angry or disgusted.

What this finding means for morality is unclear. One question that comes up is: “Are moral judgments based on emotion valid?” When making laws or condemning another person’s actions, people tend to supply reasons for their legislation or condemnation. There is a logical argument to why an act should not be committed. In other words, the morality is justified by reason. However, if emotions play such a role in regular judgments of morality, should they be used when creating a code of ethics. When sex between siblings is consensual and protected, there seems to be no reason why it should be prohibited. As long as the couple does not reproduce, no real harm comes out of this act. One may argue that there may be some potential negative psychological effects on the siblings. While this may be the case, this reason is not used to regulate other potentially damaging intimate relationships. People enter into relationships all the time that could have negative emotional and psychological effects. As long as the couple is not made up of related individuals, the government does not intervene. The question remains, is the sheer negative emotional reaction to the thought of incest enough to condemn it? Saletan (2002) puts a lot of effort into finding a logical argument against human intercourse with animals. While he is able to do so, I wonder if he has to?
Emotions are a useful tool for making moral judgments. When a person does not have time to use reason to make a moral judgment, I would guess that he/she could get by using emotions alone. I think that he/she would make the same judgment based on his gut-emotional response as he/she would if the scenario were reasoned out. (IT WOULD BE COOL IF SOMEONE COULD FIND SOURCES TO BACK THIS UP). It also seems hard to believe that most rational judgments came independently of emotion. I’d argue that a great deal of the laws and rules we have today are the result of people coming up with justifications for their emotional responses to events. For instance, a person back in the day saw someone get killed and felt some series of negative emotions. Afterwards, the person probably thought about the event and figured that a rule should be made against killing others. However, to convince others to agree with the rule, a rational argument had to be made. While this situation most likely did not actually occur, it illustrates the point I’d like to make. I feel that morality comes from our emotional responses to events and does not need a logical justification.
*While I will end my posting here, I challenge people to question this claim. Already, I am thinking of a bunch of counterarguments. One in particular involves homosexuality and how that inspires negative reactions in some. I disagree that it is immoral and should be illegal, so I am not sure then how morality should be legislated or validated. Hmm… I guess this is something I need to work on.

Another author who explores these ideas of irrationality and the unconscious mind is Psychologist Rom Brafman who co-authored the book Sway: The Irresistible Pull of Irrational Behavior with his brother Ori Brafman. Sway applies many of the findings of social psychology to our irrationality in a number of situations, such as hiring interviews (3 minute clip), in response to potential losses (7 minute clip), and in relation to fulfilling others' expectations (2 minute clip). If you are especially interested in this topic you can watch the full-length recent book talk by Rom Brafman (about 1 hour)...